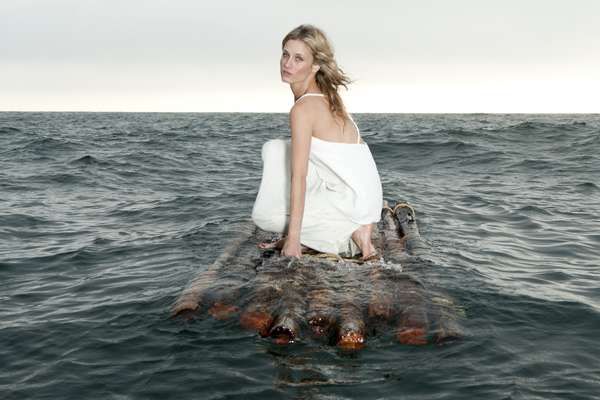 Meghan Young — December 11, 2011 — Fashion
References: merrittcharles & refinery29
Share on Facebook Share on Twitter Share on LinkedIn Share on Pinterest
Top models often get flown all over the world for adventurous photo shoots and the Merritt Charles SS12 lookbook is no exception. This time, however, the majestic Natalia Obradovicova is cast off into the middle of the Pacific on nothing but a rickety wooden raft. The effect is raw, romantic and extreme. Fun fact: the founder of Merritt Charles, Lacey Horning, is the one who built the 200-pound DIY raft.

Shot by Aaron Heck, the Merritt Charles SS12 lookbook highlights the effortless styles this brand carries. Even drenched in water, the lacy numbers and flowing dresses are to die for. Nevertheless, to Horning, the most important thing about shoots like the Merritt Charles SS12 one is, "There is always a story and memory to look back on with the crew. That to me is priceless."
1.7
Score
Popularity
Activity
Freshness
Get Better and Faster