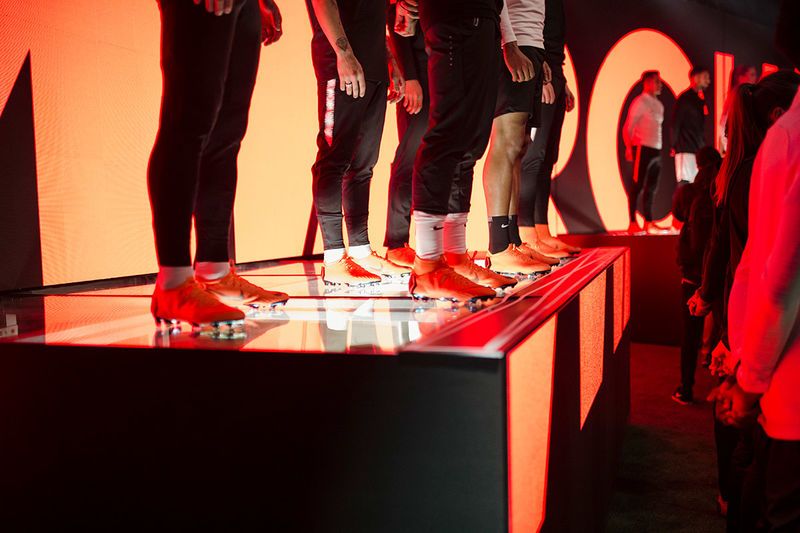 Amy Duong — February 12, 2018 — Fashion
References: nike & highsnobiety
Share on Facebook Share on Twitter Share on LinkedIn Share on Pinterest
Nike is now contributing the 'Mercurial Football Boot' to the game of soccer, offering ultimate comfort for players on the field. The sport is quick, intricate and requires a high level of strength and skill -- Nike crafted these shoes to fit all those demands.

There have been several versions of the Mercurial Boots, such as the Mercurial Superfly 360 and the Mercurial Vapor 360. The latest release has been dubbed the "orange weapon" when it was launched in London. It is the brand's fastest and most comfortable Mercurial, as promised by Max Blau, the Global VP of Football Footwear.

The newest Mercurial Football Boot has a soleplate-less 360 construction, which makes the gap between the shoe and the foot obsolete. The upper is made with a Flyknit material with carefully placed textured spots. The bottom of the shoe has a claw-like traction plate to propel athletes at a higher speed and give them brake control. The Mercurial Football Boots will be available on February 14th online.