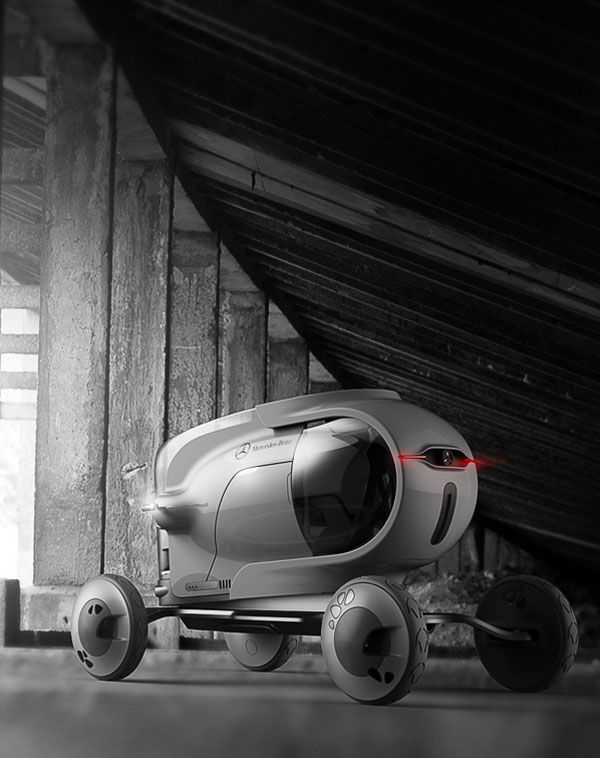 The Mercedes-Benz Capsule Brings the Rover Back Down to Earth

The futuristic, silver electric rover, which is designed for the road, has four open active motor wheels that are rotated by its own power. The Mercedes-Benz Capsule -- which looks like one of those moving space ship-shaped 3D cinemas you usually find at theme parks -- was inspired by the design of retro fighter prop-planes.

The rover also comes with a back hatch cargo container for an extra galactic feel. With the entire single-occupancy capsule balanced on top of a chassis that spreads out, however, the space rover-looking capsule looks well-equipped to whiz by high-speed roads and highways at other-worldly speeds.
2.3
Score
Popularity
Activity
Freshness