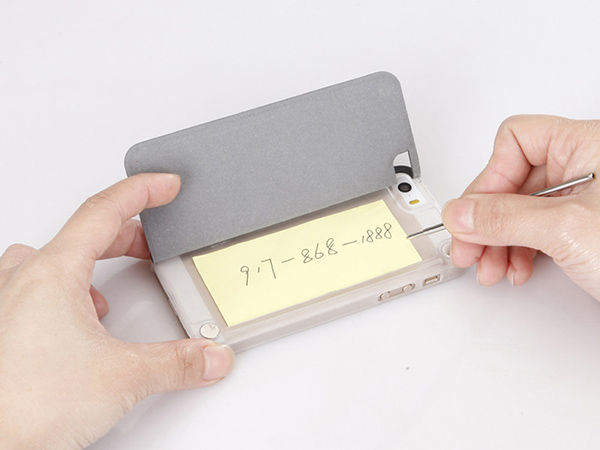 Meghan Young — April 21, 2014 — Tech
References: kickstarter & yankodesign
Share on Facebook Share on Twitter Share on LinkedIn Share on Pinterest
The MemoCase by Kate Zhang, a designer based in Guangzhou, China, is a fairly simple smartphone protector with a great feature. Although it may seem a bit redundant to some, it opens up to reveal pen and paper for those ideas that need to be jotted down or sketched out pronto. Most phones have a notepad function, but often times nothing beats writing it down in a traditional manner.

For those who would rather use the digital notepad, the compartment in the MemoCase by Kate Zhang can be used for other items such as pictures, money and more. The flap also doubles as a stand, to make watching videos and FaceTiming a much easier task.