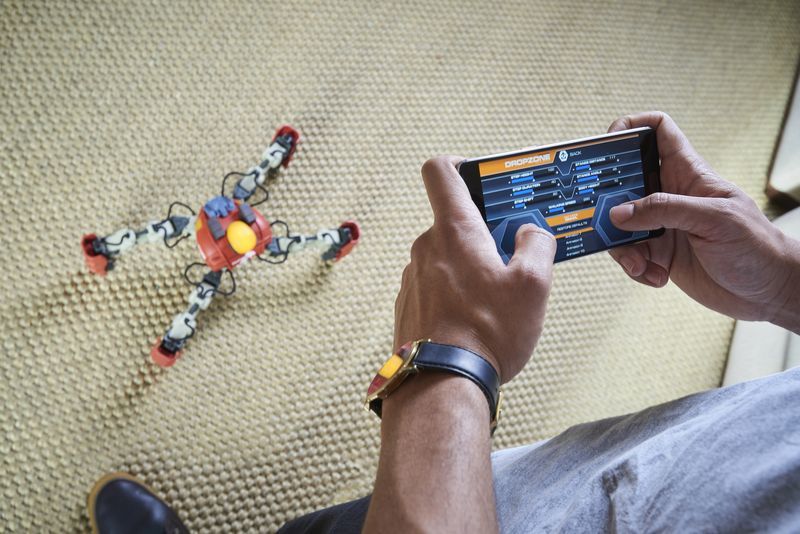 'MekaMon' is a Smartphone-Controlled Robot That Fights AR Enemies

Joey Haar — November 18, 2016 — Tech
References: store.mekamon & theverge
Augmented reality is a potential boon for gaming and toys, and the new MekaMon robot is an example of how physical toys can be even more fun when they interact with virtual objects. MekaMon is a spider-like robot that is controlled via users' smartphones, fighting with virtual enemies through the phone's screen itself.

To use MekaMon, players connect the bot to their phones and take control of its actions. By enabling the phone's camera, the MekaMon app imposes a virtual world, called the 'MekaMon Universe,' on top of the actual space in which the MekaMon moves. Enemies and power ups lie hidden throughout this AR universe, and players can thus explore a fictional space without needing any peripheral hardware.

MekaMon also has a feature that allows two real-life bots to battle against each other.
5.2
Score
Popularity
Activity
Freshness