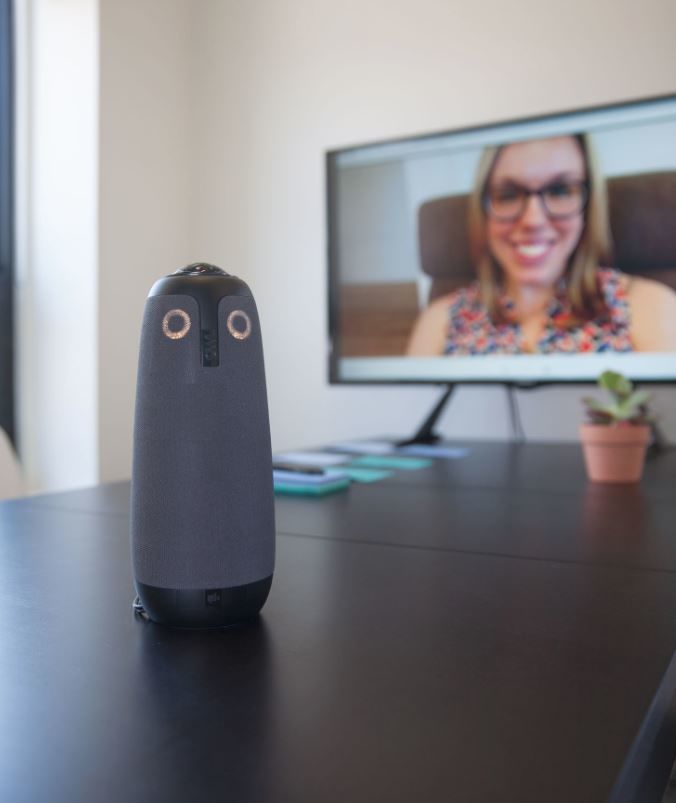 The Meeting Owl is a 360 Camera for Boardrooms

Joey Haar — June 22, 2017 — Tech
References: owllabs & digitaltrends
Share on Facebook Share on Twitter Share on LinkedIn Share on Pinterest
Modern connected technology has made teleconferencing easier than ever for businesses with freelancers and employees spread out around the world, and the Meeting Owl is a newly announced product that harnesses that connectivity efficiently. The device serves as a hub for video conferencing, providing 360 degree video, smooth audio, and an intuitive user interface that allows businesses to conduct friction-free virtual meetings.

In a savvy marketing move, the Meeting Owl visually separates itself from other bland teleconferencing systems with avian imagery. Specifically, the owlish device has two LED "eyes" that light up while a meeting is in session. Those eyes are mostly for show, however — the real meat of the Meeting Owl is directly on top of its "head," where the 360 degree camera lens sits.
4.4
Score
Popularity
Activity
Freshness
View Innovation Webinars