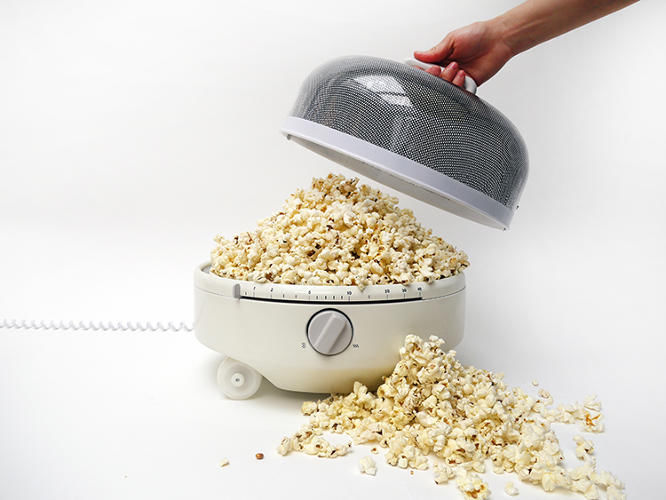 The Mediumwave Will Increase Your Stay-In Movie Nights

Besides being absolutely adorable, (think The Brave Little Toaster) Rich's round, minimalist design operates as simply as using a stovetop. The medium-sized device is equipped with wheels, allowing you to move it around the counter effortlessly. Further setting it apart from other microwaves, the Mediumwave is controlled by a power-adjusting dial and a timer button (rather than a plethora of buttons). You can also view your food cooking by way of a translucent lid. When the lid is lifted, the microwave stops, allowing you to stir your food as though you were cooking it in a conventional pot.

The Mediumwave was recently exhibited at London's New Designers exhibition. Though his eventual goal is mass production, Rich is waiting for the right manufacturer to make his dream a reality.
4.4
Score
Popularity
Activity
Freshness
View Innovation Webinars