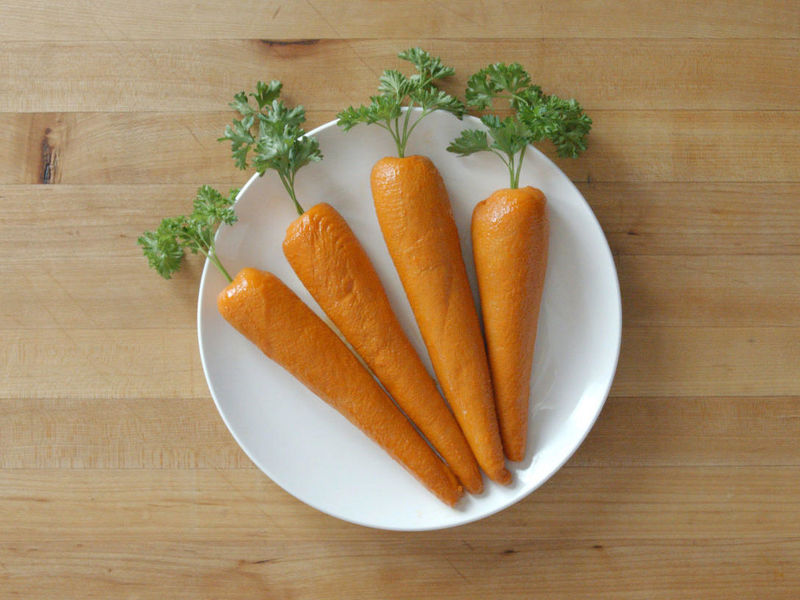 Laura McQuarrie — June 27, 2019 — Marketing
References: arbys & myrecipes
Share on Facebook Share on Twitter Share on LinkedIn Share on Pinterest
With many burger chains and food brands launching incredibly realistic meat-like products that are made entirely from plants, Arby's created a meat carrot or the 'Marrot' to poke fun at this phenomenon. According to Arby’s Brand Executive Chef Neville Craw, "Our CMO Jim Taylor called me on a Saturday, which is not unusual for him. He says, ‘everybody’s trying to turn something that’s plant-based into meat. We’re Arbys, we should be thinking of it the other way: can we turn meat into vegetables?’"

The meat-based imitation plant is made with a raw, skinless turkey breast that's cut into strips and rolled into a conical carrot shape and seasoned with salt, pepper and a blend of herbs. From there, the Marrot's exterior texture is roughened and is finally placed in a sous-vide bath.
5
Score
Popularity
Activity
Freshness
View Innovation Webinars