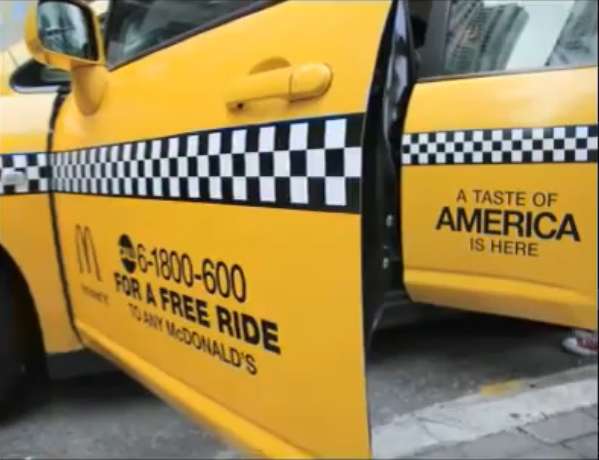 Peter Vallas — May 15, 2011 — Autos
References: mcdonalds & creativity-online
In Hong Kong, McDonald's was setting up to launch its New York-style burger in Asia, a place where the eating habits are far different from those in North America. DDB Group, Hong Kong thought of a brilliant way to infuse New York City culture into the Asian community.

The McDonald's Yellow Cab campaign consisted of taxi cabs that were covered in yellow vinyl, much like the iconic taxis that roam the streets of New York. The traditional Hong Kong taxi cab is red, so it was definitely easy to spot a McDonald's Yellow Cab. The taxis offered free rides to the nearest McDonald's so consumers could try out the New York-style burger. The campaign was a huge success, and the burger became the fasting-selling burger at launch ever.
4.6
Score
Popularity
Activity
Freshness