Ads That Can Only Be Read At Night 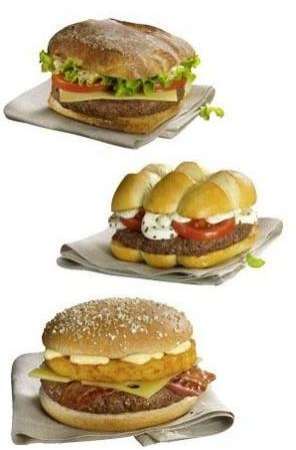 McRomandie, which includes beef, tomatoes, lettuce, "deluxe sauce" and gruyere cheese on a Paillasse bun is supposed to appeal to the French, while the McBarn (with emmentaler cheese hashbrown patty and bacon) and the McTicino (basil, mozzarella and tomato) are made for German and Italian tastes, respectively. At $8.52, the McDonald's Swiss Weeks burgers are a bit more pricey than what we North Americans are used to but they sound really delicious. Plus, all we get is the McRib.
3
Score
Popularity
Activity
Freshness
View Innovation Webinars