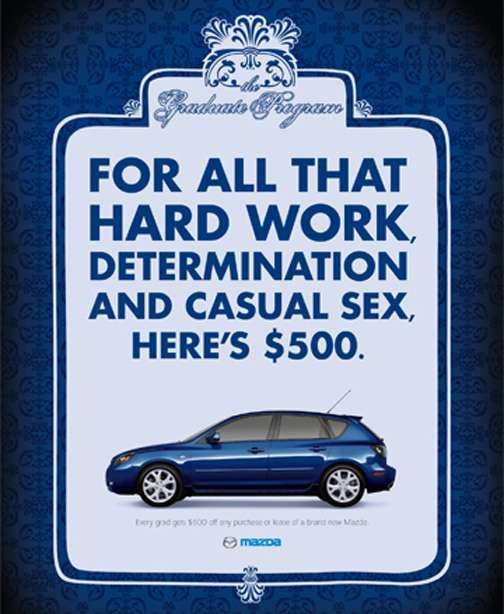 Marissa Brassfield — February 12, 2009 — Autos
References: jalopnik
Share on Facebook Share on Twitter Share on LinkedIn Share on Pinterest
If you’ve seen Mazda Canada’s latest ad, it’s clear that they get what college is all about. This clever print ad promotes their $500 reward program for new graduates, and features the tagline, “For all that hard work, determination and casual sex, here’s $500.”

Implications - Though blatant sexvertising caused a commotion at first, it is rapidly becoming an accepted and almost cliche strategy that is received in a much more lax way than it initially was. This signifies a shift in more than just the advertising industry, but in consumers' general attitudes towards sex.
1.6
Score
Popularity
Activity
Freshness
View Innovation Webinars