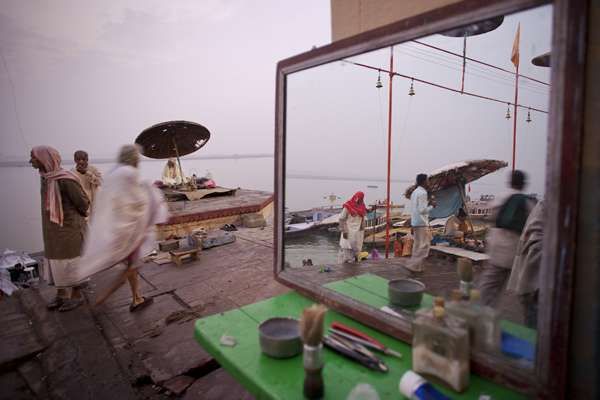 URBANISTAN by Matjaz Krivic Explores the Meaning of the Word "Progress"

Ana Lopez — December 16, 2011 — World
References: krivic & behance.net
Share on Facebook Share on Twitter Share on LinkedIn Share on Pinterest
Technology has quickly found its way into some places of the world; however, there are many other regions and countries where progress and life don't revolved around technology, as shown by the images of Matjaz Krivic. This series titled URBANISTAN explores new meanings of the words "rural" and "progress." Although the west side of the globe is consumed by electronics and capitalism, the east side still maintains a vivid spirituality and strong communal sense.

These images show how places like India and Nepal are rooted in religion for survival. In contrast to many modern metropolis, these locations still have a deep connection with nature. The globetrotting photographer explains his project, "In developing countries Urban doesn’t necessarily mean modern. It doesn’t necessarily mean capitalist values or a loss of social principles in the move from rurality."

Matjaz Krivic is located in Slovevia, but for 20 years he has traveled the world in search for breathtaking images.
1.8
Score
Popularity
Activity
Freshness
View Innovation Webinars