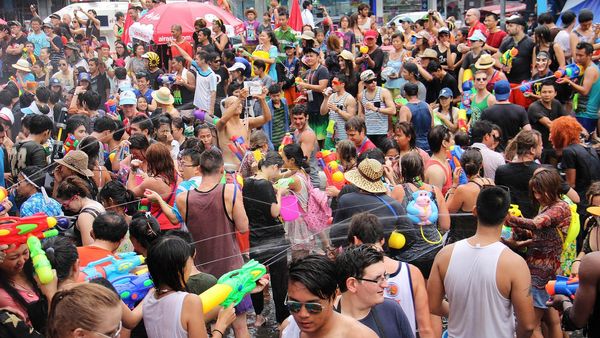 Jennifer Paul — April 20, 2014 — World
References: state.gov & mashable
People were celebrating the New Year in Southeast Asia from Sunday to Tuesday with a massive water fight. In Thailand, it is called Songkran and in Myanmar, it is called Thingyan. Regardless of what you call it, it is still a massive water fight of which we can all be envious.

The people in these photos looks so happy to be having fun and feeling carefree. The festival lasts only three days but this is definitely a memorable way to ring in the New Year. Although this is a cool way for people to cool off and celebrate, worshipping Buddha is at the heart of the festival. The massive water fight and other festivals across Southeast Asia all emphasize kindness, with locals performing good deeds for other people in order to gain good karma for the new year to come.
2
Score
Popularity
Activity
Freshness