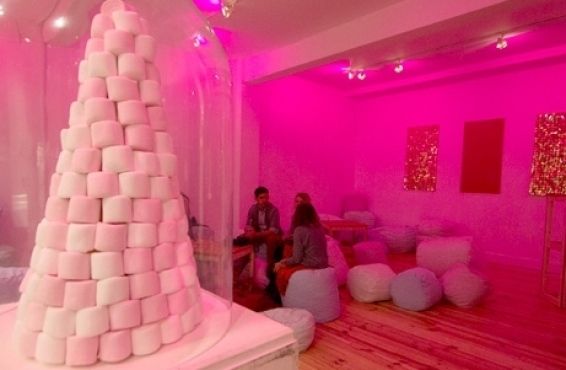 The Robin Collective’s Offers a Remedy for Easter Chocolate

The Marshmallow Apothecary was created by The Robin Collective, a group that specializes in creating and organizing unique and experiential events. The shop first popped up on London’s Carnaby Street for two weeks in February 2013, offering remedies like 'The Pick Me Up' and 'The Immune Booster,' for the winter blues, common cold, and even a red wine and black cracked pepper flavour called 'The Broken Heart Mender' for Valentine’s Day.

For its second appearance, The Marshmallow Apothecary aims to combat overindulgence of chocolate at Easter with its 'medicinal marshmallows.' For its launch at Boxpark, it is introducing two new flavours: the fried chicken flavoured 'Hangover Remedy' and the coffee and tobacco flavoured marshmallow, aptly titled 'The Vice.'