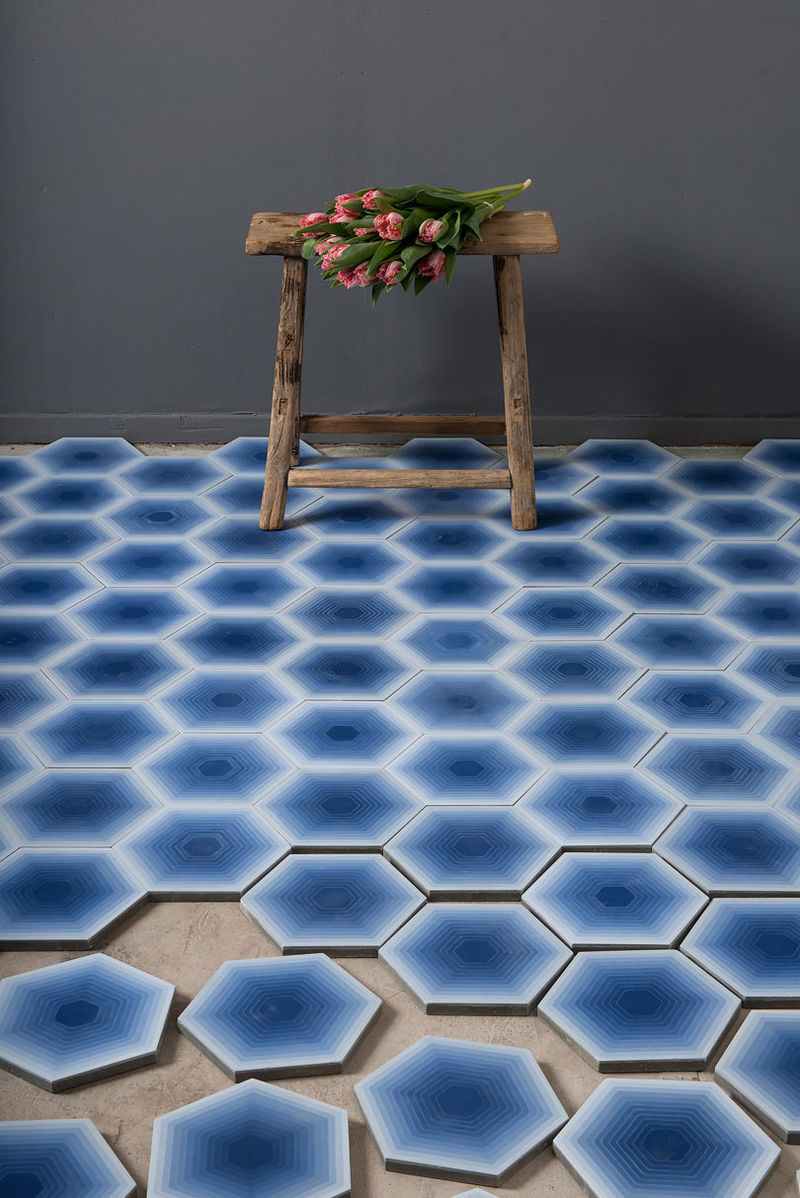 Amy Duong — July 13, 2018 — Art & Design
References: redirect.viglink & design-milk
Share on Facebook Share on Twitter Share on LinkedIn Share on Pinterest
Monica Förster Design Studio works in collaboration with Swedish tile label Marrakech Design to deliver two cement tile collections -- there is the Four Element series and the Breaking the Wave series. The Four Elements collection draws inspiration from the rich colors of Sweden, and the Breaking The Wave series is influenced by the artistic nouveau architecture and its arches.

The Four Element's tiles found inspiration specifically from Noorland, which is the located in the Northern part of Sweden. There exists a captivating color palette of sky blues, forest green, rustic brick red, and pitch black -- all of which boast contemporary gradient patterns, similar to the visual effects of watercolor. This series brings together both the future and the past, as well as blending natural elements with the city.

Breaking The Wave experiments more with unconventional shapes that are not often seen on tiles. With the arch influence found in art nouveau architecture, the lines form a wave-like form that transitions a traditional visual to a contemporary pattern design.
3.4
Score
Popularity
Activity
Freshness
Attend Future Festival Virtual