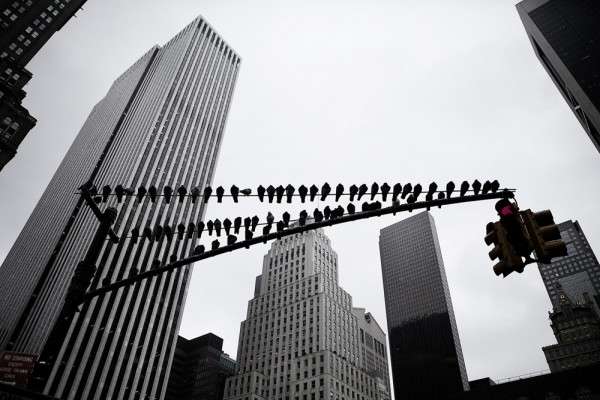 The Marko Savic I Photo NY Takes an Unconventional Tour

Corinne Guirgis — August 24, 2011 — World
References: behance.net & trendland.net
The Marko Savic I Photo NY photo diary is a refreshing perspective on the conventional city capture. Savic travels through the Big Apple snapping shots of the vast skyscrapers for which it is so renowned, the culturally diverse street workers for which it is celebrated and the art galleries which give it a sense of culture.

Though the city has been captures countless times by a myriad of photographers, Savic's lens strikes the balance between curious traveler and familiar local as he captures the artistic appeal of the city. The Serbian photog took his trip to the city in April 2011, and has compiled a published book based on his incredible photos.

Implications - For both tourists and locals, artists who capture the essence of a beloved city hold a place for consumers who use this art to encapsulate their feelings about the subject. These artists also offer an alternative perspective on the city for both those new and familiar with it, capturing scenes ordinarily invisible to the naked eye.
2.9
Score
Popularity
Activity
Freshness