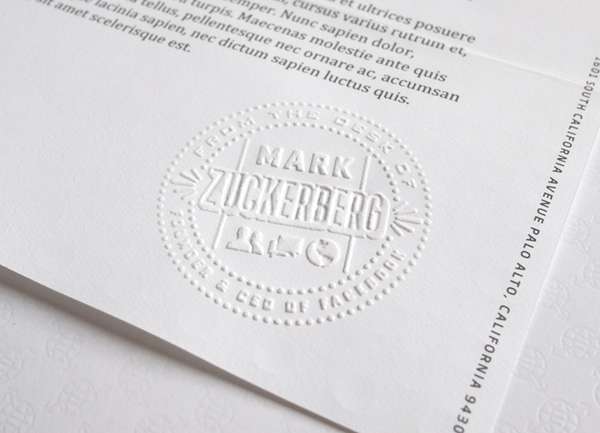 The Facebook stationery set is accented with a round, hand-embossed personalized seal that proclaims, "From the desk of Mark Zuckerberg, Founder & CEO of Facebook." Mark Zuckerberg's name appears in the center of the circle, and three Facebook icons -- the same three icons that sit atop the Facebook menu bar between the site's logo and the search bar -- sit beneath his name. The back side of the writing paper and the interior of the envelope feature a foil stamp of a globe pattern.

Ben Barry notes that the Mark Zuckerberg stationery he created was done while he was a Facebook employee in 2011. His other creations include the Facebook hoodies, all of the familiar Facebook icons seen throughout the site, and packaging for the social media company's 2009 holiday gift.
2.6
Score
Popularity
Activity
Freshness
Access Advisory Services