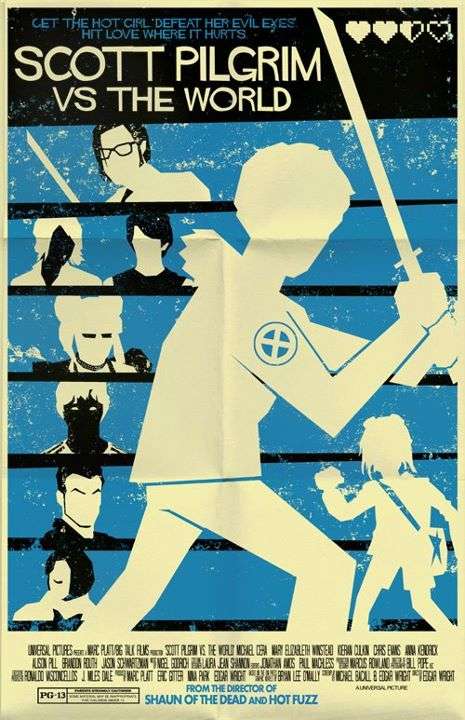 Jason Soy — November 12, 2011 — Pop Culture
References: markwelser.deviantart & edgarwrighthere
Share on Facebook Share on Twitter Share on LinkedIn Share on Pinterest
A lot of artists are trying their hand at movie poster making, and having seem many of them, I can honestly say that these Mark Welser cinematic creations are among my favorite. Though he gravitates towards the horror genre, Welser also dabbles in creating posters for major crowd-pleasing films such as Inception, Scott Pilgrim Vs. The World and even the 1989 Tim Burton version of Batman. It's hard for me not to be a little biased towards his work.

Much like his contemporaries, Mark Welser employs a minimalistic style in rendering these posters, opting for silhouettes to depict each movies' respective characters rather than detailed images. Unlike his peers however, Welser is getting the attention of major Hollywood filmmakers as director Edgar Wright has even graciously posted Welser's work on his personal blog.
3.3
Score
Popularity
Activity
Freshness
Get Better and Faster

Interactive Movie Previews
The 'Scott Pilgrim vs. the World' Trailer is a Classic Video Game
play_circle_filled