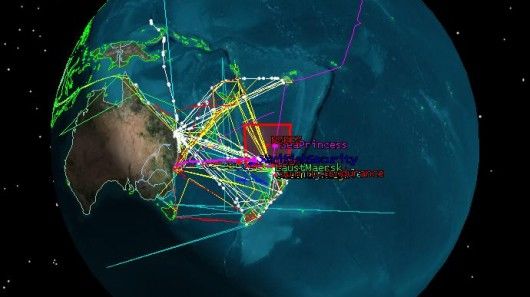 A New System Could See Land-Monitoring Satellites Inspect the Sea

Rahul Kalvapalle — February 4, 2015 — Tech
References: www2.le.ac.uk & gizmag
A scientist at the University of Leicester in the UK is developing a system that would enable spacecraft to be used as maritime monitoring tools. Specifically, spacecraft being used to keep an eye on land could be used to also keep tabs on the sea, simply by changing the way existing satellites are used. This technology would be useful to search for missing ships and aircraft that go down in the sea.

Dr. Nigel Bannister's system would be open-source, and would require satellites to continuously record images while passing over both oceans and inland waterways. If a ship or plane were to go missing, past satellite images could be combed through to figure out exactly when and where the trouble occurred.

This sort of technology could potentially help save lives or at the very least bringing closure to the families of victims of tragedies such as the Malaysia Airlines flight MH370 crash.
1
Score
Popularity
Activity
Freshness