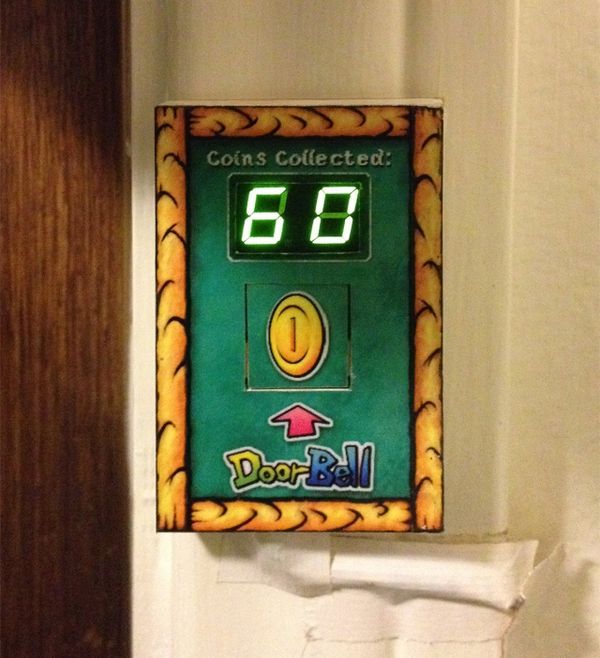 Mario is the biggest name in video games hands down, and while his popularity has waned from the early years, he can still make fanboys go crazy. This Mario doorbell is an ode to the mustached Italian plumber and plays classic sounds from the game series.

The doorbell was made by designer Joseph Thai out of a laundry list of complex tech pieces including a PIC16F628A microcontroller. While many would expect the various theme songs when pressed, the doorbell actually plays the famous coin sound from Mario. At ten presses, the life up sound will play, and at 100 presses, the mushroom growing sound will go off. This is yet another inventive way to pay homage to the great Mario.
2.3
Score
Popularity
Activity
Freshness
Get Trend Hunter Dashboard

Soapy Gamer Cartridges
These Soaps Will Take You Way Back
play_circle_filled