Beach Towel Works Of Art
Next
Set of
Related
Ideas 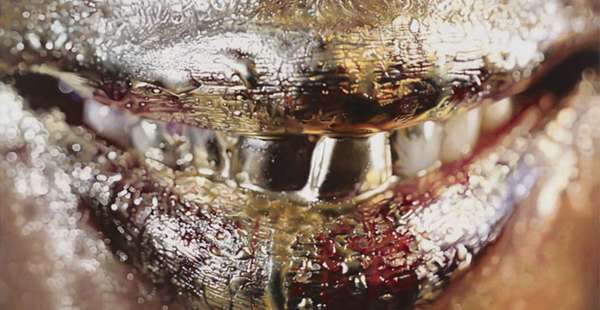 The Marilyn Minter Salon 94 Exhibition is All Glitter and Gold

Meghan Young — November 3, 2011 — Fashion
References: salon94 & lifelounge.au
Share on Facebook Share on Twitter Share on LinkedIn Share on Pinterest
If a person had to guess the age of the photographer who took the photos for the Marilyn Minter Salon 94 solo exhibit, he or she probably wouldn't guess 63. That's because the images are so youthful, gritty and urban that it is hard to imagine anyone above the age of 30 or even 40 taking them. But the Marilyn Minter Salon 94 exhibit shows that age really is just a number.

Minter has become known for her oral fixation and signature close-up shots. Yet, the Marilyn Minter Salon 94 solo exhibit goes beyond that to include some arresting images of children playing in shimmering paint as well as the occasional foot shot. The magical and boundary-pushing feel of Minter's photography still remains, however, making this a very special shoot.
5.1
Score
Popularity
Activity
Freshness
Access Advisory Services