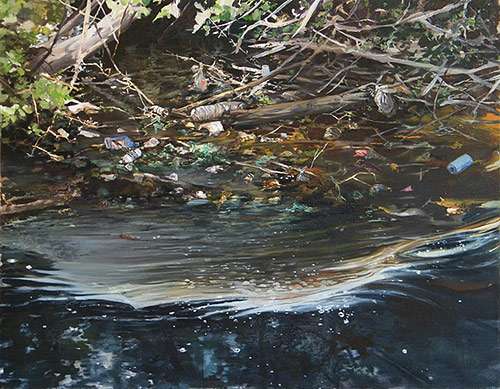 Marie Koetje Captures Mayhem in a Series of Beautiful Illustrations

Marie Koetje earned a degree from the Yale School of Art in Norfolk Connecticut before completing an honors BFA from the School of Visual Arts in New York City. Her work has been exhibited all over the world, including the Los Angeles Contemporary Exhibit in California, the Sound and Vision Gallery in Chicago, and the RSA National Gallery in Edinburgh, UK.

Some of Marie Koetje's strongest artistic skills are in painting traditional landscapes like the Berkley Pit and infusing a sense of detached disorder in it, forcing the viewer to visualize and understand the disarray of something they may have considered conventional and orderly.