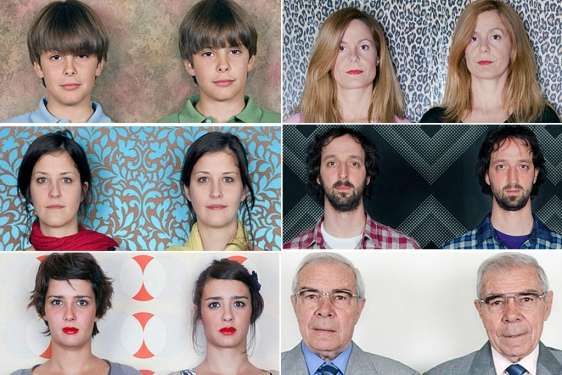 'The Series' by María Zarazúa is Twice the Fun

Ana Lopez — December 8, 2011 — Tech
References: mariazarazua & elmundo.es
Share on Facebook Share on Twitter Share on LinkedIn Share on Pinterest
The mysterious world of twins have captivated scientists and people alike, and Spanish photographer María Zarazúa found herself also inexplicably attracted to identical humans. This attraction led her to create the series titled 'Parte de ti,' which in Spanish translates as 'Part of you.'

In her work, Zarazúa captured a variety of sets of twins in order to question myths and realities about this identical world. Concepts like identity, telepathy and individuality are explored in her captures. She believes that watching her images is like playing a 'Spot the Difference' game, as audiences are constantly trying to catch the characteristics that differ from one twin to the other. For this reason, Zarazúa shot her models first looking at the camera, and then facing each other. These two positions allow viewers to see the twins from a frontal view, and then for the twins to experience the significance of looking at their resemblance in another identity.