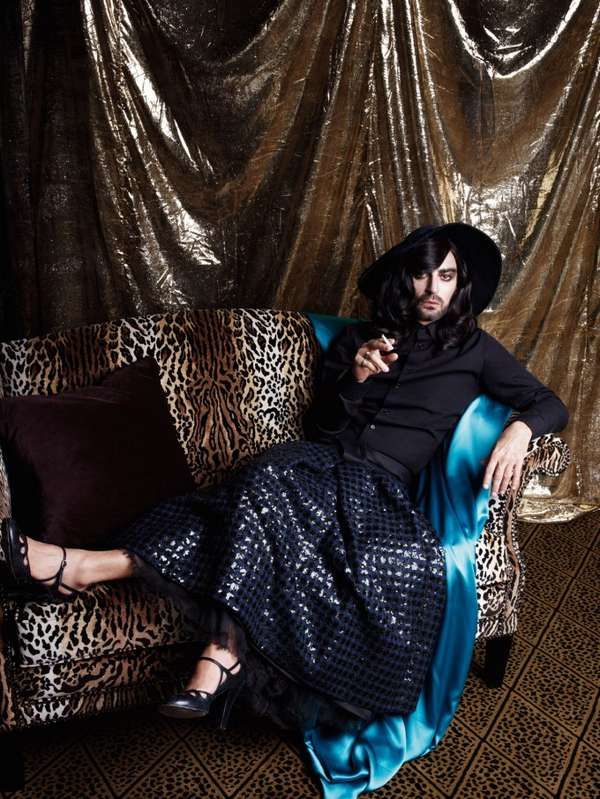 Meghan Young — June 28, 2011 — Fashion
References: industrie.nowmanifest & refinery29
Share on Facebook Share on Twitter Share on LinkedIn Share on Pinterest
At first, you may confuse the latest Marc Jacobs Industrie editorial for a very similar one, titled Mrs Jacobs, that was shot back in November. That is because this editorial once again features a cross-dressing Marc Jacobs, donning the same wig and hat as he did last year. It appears that this beloved fashion designer enjoyed the first experience immensely and decided to do it again.

Photographed yet again by Patrick Demarchelier Studio, the Marc Jacobs Industrie editorial is dark and elegant, with hits of bohemian elements throughout. Styled by Katie Grand, it features her own variety of Marc Jacobs womenswear.

Sexy, alluring and mysterious, the Marc Jacobs Industrie editorial is more serious than playful. Although some may scoff at the sight of his rough beard and luscious locks, there is a sophistication to the whole shoot that can't be denied.
2.4
Score
Popularity
Activity
Freshness
Jeremy Gutsche Keynote Speaker