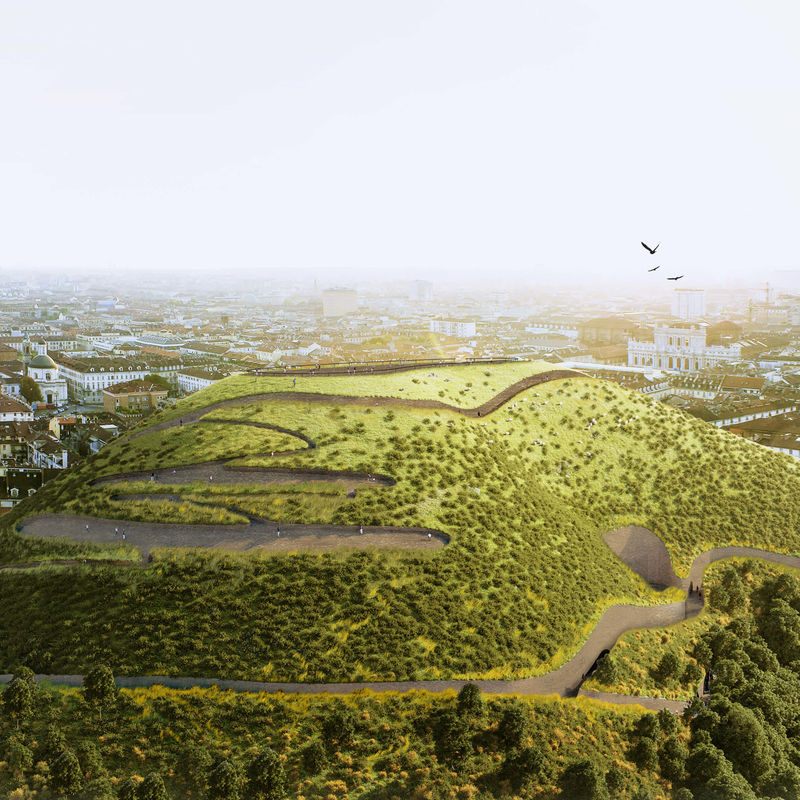 Kalina Nedelcheva — October 25, 2018 — Eco
References: angelorenna & dezeen
Architect Angelo Renna attempts to counter the speed at which climate change is progressing through a man-made mountain. The project envisions a soil mound with a height of 90 meters in Turin, northern Italy. The functional properties of the project prove to be many. For one, the man-made mountain will have the capacity to "passively soak up the carbon dioxide [...] released into the atmosphere by industry and traffic." In addition, it can prove to be a welcoming outdoor space for the public, as Angelo Renna's concept includes the planting of trees and the incorporation of pathways.

The materials for the man-made mountain will also be a by-product of a project that is already underway. The soil can be sourced from the construction of a planned railway tunnel in the country.
5.8
Score
Popularity
Activity
Freshness