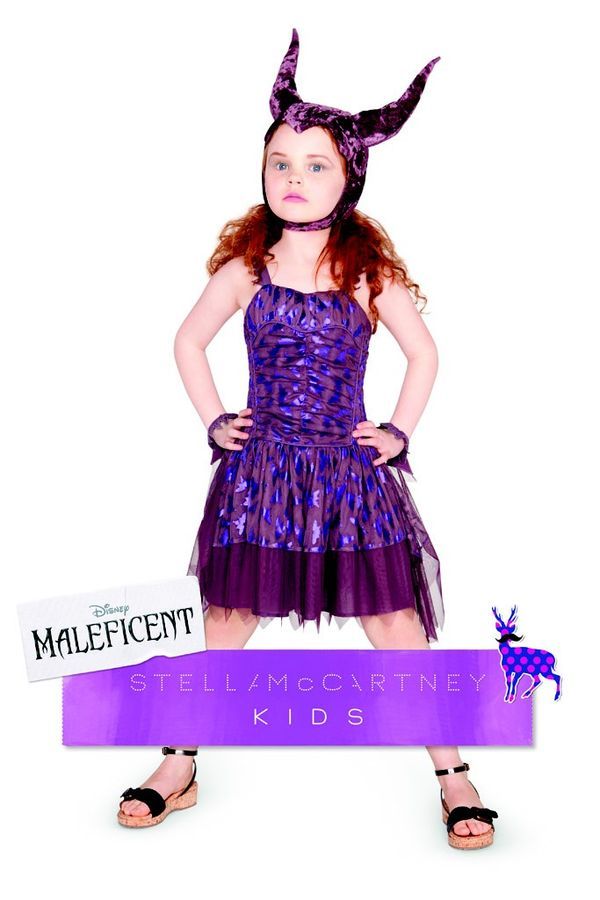 Maleficent by Stella McCartney Kids is Inspired by the Disney Film

Laura McQuarrie — March 23, 2014 — Life-Stages
References: wwd & pinkisthenewblog
Share on Facebook Share on Twitter Share on LinkedIn Share on Pinterest
The Maleficent by Stella McCartney Kids collection will launch at the end of April, just before the release of the Disney film in May. McCartney is no stranger to Disney, having worked on a line of costume jewelry for Tim Burton's version of 'Alice in Wonderland,' and with Maleficent, it seems that some of the dark notes will definitely carry through to the kid's collection.

McCartney hints that the Maleficent-inspired collection will include dresses, sandals, sneakers and t-shirts in a rage that will be suited for both boys and girls from the ages of four all the way up to 14.

Despite being dark in appearance, 10% of sales from Stella McCartney retail stores and online will go towards SOS Children’s Villages, an organization that provides homes for children in need.