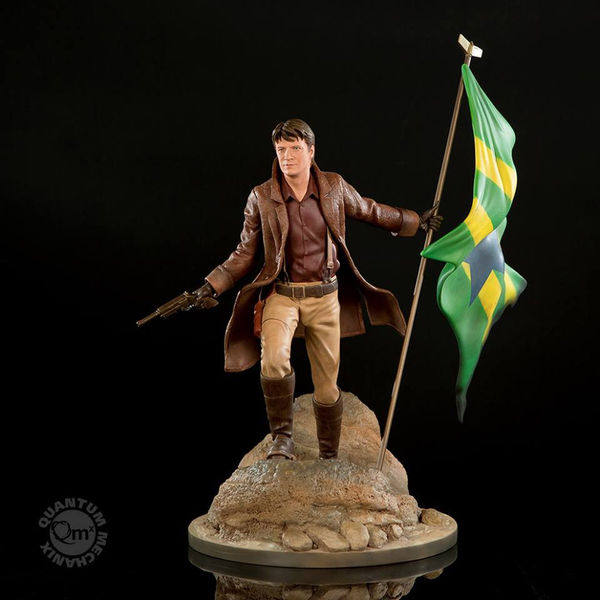 Angela Rajic — January 30, 2014 — Life-Stages
References: store.qmxonline & mightymega
Quantum Mechanix, a creative studio and specialty movie collectible proprietor, has released a new scale statue of Captain Malcolm Reynolds from the cult sci-fi series Firefly. The short-lived but much loved series focused on the adventures of Captain Reynolds, played by Nathan Fillion, and his crew aboard the spaceship Serenity.

This 17 inch tall figurine depicts the captain as he was during when he fought in in the Battle of Serenity Valley, waving the flag of the Independents. He is clad in his trademark brown suede duster and packing his iconic Moses Bros. sidearm. This scale model collectible statuette of Malcolm Reynolds is beautifully detailed, down to actor Nathan Fillion’s facial features and blue eyes, making it must have for Firefly fans.