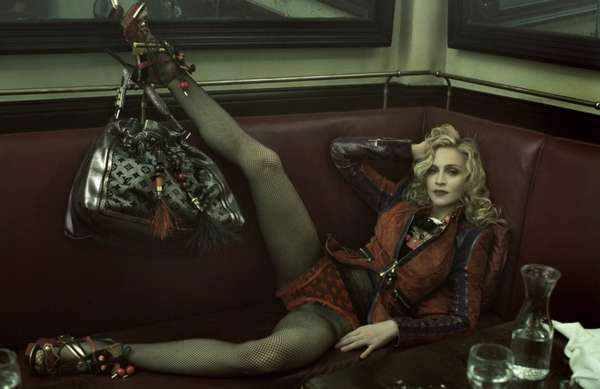 Ayman — January 5, 2009 — Marketing
References: community.livejournal
Louis Vuitton has released the rest of the ads in their Spring-Summer 2009 campaign with the Queen of Pop, Madonna.

Shot by famed photographer Steven Meisel, Madonna continues to flaunt her amazingly fit body and even includes one of those famous direct crotch shots.

Marc Jacobs’ choice of Madonna was inspired by her Sticky & Sweet Tour performance in France. “I was totally just blown away by it, and moved by her performance, by what she had to say, and her energy,” says Jacobs.
4.5
Score
Popularity
Activity
Freshness