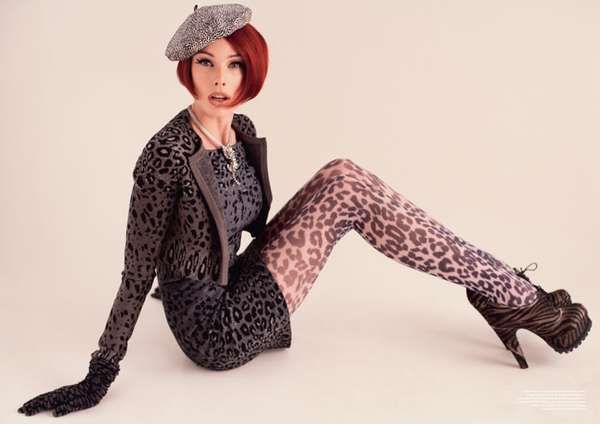 In pieces from the Versace for H&M Winter 2011 collection and other luxurious selections from Dries van Noten and Maison Martin Margiela, Madelene is the perfect portrait of a fashionista, in looks that blend eclectic 80s influence with contemporary cuts and patterns. Proving that animal prints don't always have to be worn in moderation, Madelene looks absolutely stunning in an ensemble that packs a jungle-influenced punch, with classic elegance.

Whether you're a longtime fan of Linda Evangelista, or you're new to the fashion scene, Madelene de la Motte's Contributor #4 editorial is a must-see.
5.1
Score
Popularity
Activity
Freshness
View Innovation Webinars