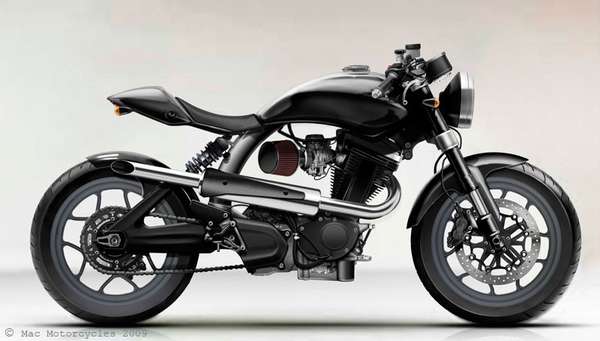 Mac Reverts Back to the Simple Days of Riding

Mac Motorcycles has created four concepts that lean on the idea that the old simple way is the way motorcycles were meant to be.

The four models are Spud (casual), Ruby (cute), Pea Shooter (social) and Roarer (speed, duh). Each bike is based on air-cooled 500cc single-cylinder engines from the Buell Blast.

The designs are sleek and fresh but the engine isn’t anything to scream about, and the price will range from $12,000-$16,000 which might hinder consumer interest.

Based on what I see, and the philosophy of Mac Motorcycles, I shall not be a nay-sayer.
6.1
Score
Popularity
Activity
Freshness
Get Better and Faster