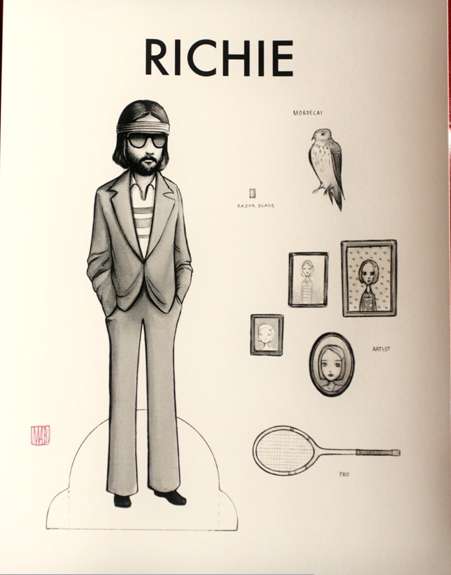 Olivia Gissing — June 28, 2011 — Pop Culture
References: mabgraves & veda.bigcartel
These clever cult-classic character cut-outs by Mab Graves are positively "pulp-able." American artist Mab Graves is a pop-culture pro and is praised for her intricate illustrations. Graves must be an avid Wes Anderson fan, for she chose to create paper versions of some of his most celebrated characters in the popular film 'The Royal Tenenbaums.'

Fans of this artistic and quirky film can now play with paper versions of morbid Margot, Richie and Royal. The designs of the paper dolls resemble IKEA furniture instructions, and are very clean and simple.

Implications - Consumers are always willing to embrace products that induce a sense of nostalgia in them. These products allow them to promote their values to their peers, as well as reminding them of pleasant past experiences. Companies can capitalize off of nostalgia by making reference to major cultural occurrences in their product designs.
5.9
Score
Popularity
Activity
Freshness