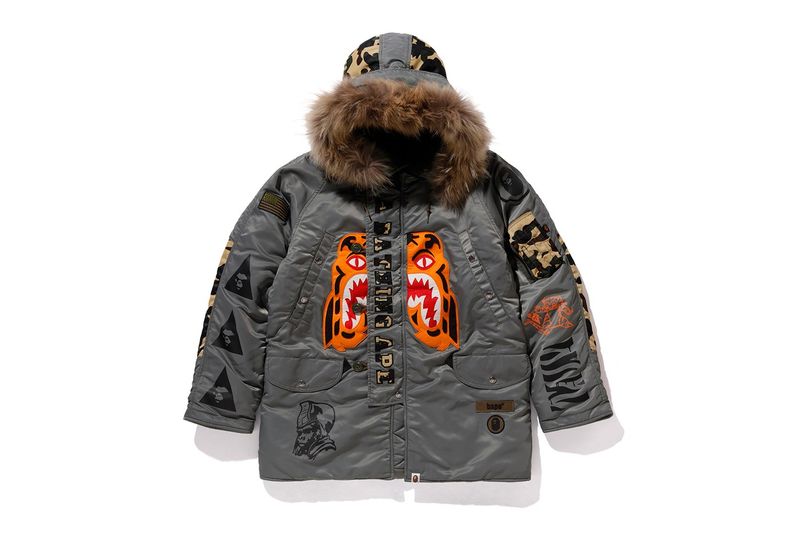 Amy Duong — January 28, 2020 — Fashion
References: us.bape & hypebeast
BAPE works in collaboration with Alpha Industries to unveil the MA-1 & N3-B collection that spotlights the Japanese streetwear brand's playful and iconic emblems. The capsule made its debut originally during the BAPE XXV exhibition during the 25th anniversary.

The jackets are optioned in Alpha Industries' iconic Replica Gray tonal option as the other half of the jacket features the 1ST CAMO patterning print to honor both contributing brands. Both of the jackets feature a plethora of prints and patchwork that decorate the back, the front, and the sleeves. Some of these include the shark icon, a patch that reads "No Windage Hold OFf" and "FUNTHERA MILITIA." Additionally, there is also a bright orange tiger-like notif at the front of the parka jacket.