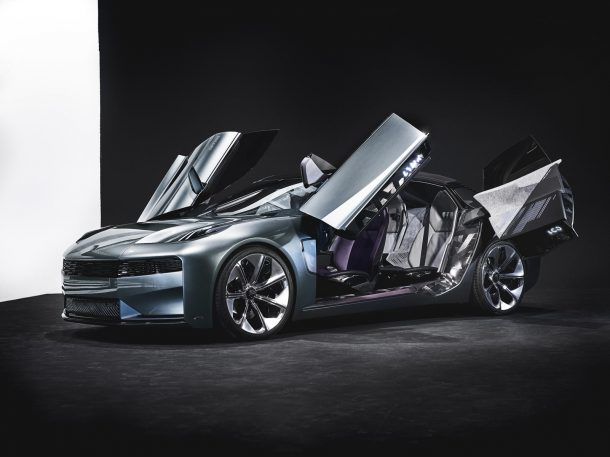 Michael Hines — April 8, 2017 — Autos
References: lynkco & jalopnik
Images of the Lynk & Co 02 have leaked onto the Internet, and they look promising. Before we go any further some background is needed. Lynk & Co is a sub-brand of Geely, a massive Chinese automaker. Geely owns Volvo and will be developing cars jointly with the Swedish company. Lynk & Co is a youth-targeted sub-brand, hence the sleek looks of its concept cars. The 02 is the second of its concepts to go public. The first was the 01, a crossover.

There aren't any hard details out about the Lynk & Co 02, just these images. From what we can see this sedan will have exotic scissor doors up front and suicide doors in back. The overall look is almost a hybrid of American muscle and European luxury. That panoramic sunroof is also pretty swank. We may learn more about the mysterious Lynk & Co 02 at the 2017 Shanghai Auto Show which is fast-approaching.
5.7
Score
Popularity
Activity
Freshness