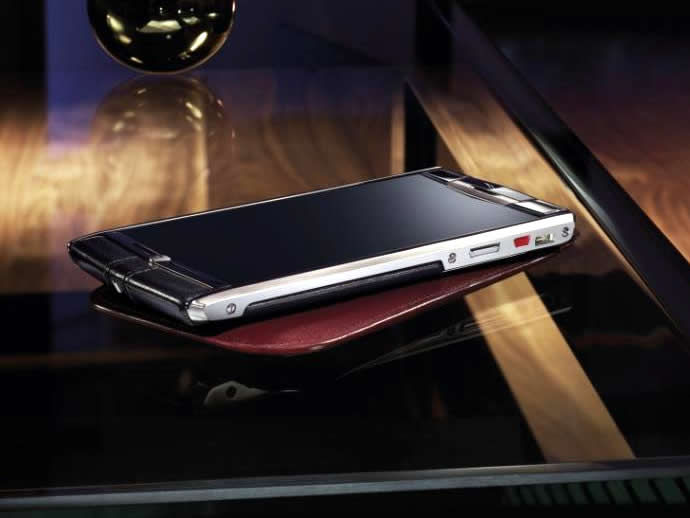 Laura McQuarrie — July 8, 2014 — Autos
References: nydailynews & luxurylaunches
Share on Facebook Share on Twitter Share on LinkedIn Share on Pinterest
British brands Bentley and Vertu have joined forces for a partnership that will span five years, in which a series of five luxury phones will be released—the first Vertu for Bentley phone is the Vertu Signature Touch, which brings together elegance and the fine quality that Bentley embodies.

Priced at $11,000, the phone is a costly one, but it will offer exclusive content for Bentley owners. Beyond just producing nice cars, this line of luxury phones will help Bentley become more of a lifestyle brand, especially since it brings back the essence of luxury, which is exclusivity. The special edition Bentley-themed Vertu Signature Touch is set for a release this October, followed by four more luxury phones that will likely be just as extravagant.
6.6
Score
Popularity
Activity
Freshness
Get Better and Faster