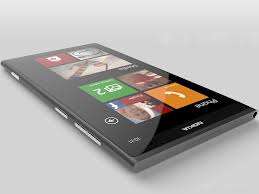 Misel Saban — May 13, 2013 — Tech
References: nokia & gizmodo
Share on Facebook Share on Twitter Share on LinkedIn Share on Pinterest
Only six months after the release of the Lumia 920, Nokia debuted its latest Windows 8 smartphone Lumia 928 specifically for Verizon cellphone users. Designed for self-made photojournalists and photographers alike, the Lumia 928 model comes complete with many exciting camera enhancing attributes to get you one step closer to that picture perfect shot every single time.

With a new sleek, lustrous and seductive aluminum body, the Lumia 928 model features a new 8-megapixel camera, freshly amped up loud speakers to better record voice for movies, a newly implemented Xenon flash which you can find in any pro DSLR camera and a higher pixelated screen so that your graphics seem as if they're floating "inifinity pool" style off of the edges of the phone. But if you don't want to shell out the cash to upgrade phones just yet, like any phone that is quickly released after its predecessor, Nokia probably already has the follow-up Lumia version already in the works.
2.7
Score
Popularity
Activity
Freshness
View Innovation Webinars