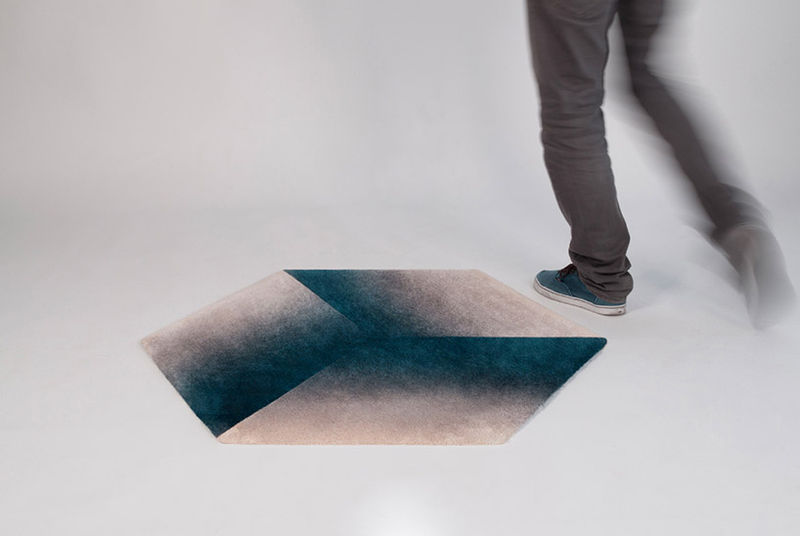 The Luis Nascimento 'Gradient' Rug is Crafted with Care

Jamie Danielle Munro — August 25, 2014 — Art & Design
References: luisnascimento & designboom
Share on Facebook Share on Twitter Share on LinkedIn Share on Pinterest
Luis Nascimento is an artist and designer who "challenges the hand-tufted process used to manufacture rugs with his project called Gradient," according to DesignBoom. He is constantly asking what the role of humans is in society and culture in general, which often is shown through his work.

The rug has different, distinct sections to it, depending on how intricate the tufting process was in that set area. As such each rug is slightly different, with each one featuring lighter colored parts and darker sections, which all blend in well with one another. When placed on the floor, the design looks like a distinct geometric shape that would stand out in a variety of interior decorating schemes.