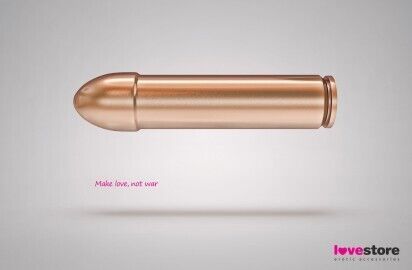 The Lovestore Make Love, Not War Campaign is Destructively Sensual

Conceived and executed by Looma, an ad agency based in Kishinev, Moldova, the Lovestore Make Love, Not War ad campaign centers around weapons such as grenades and guns that have undergone a phallic transformation. For those who didn't get the true message before, they will get it once they lay their eyes on these images.