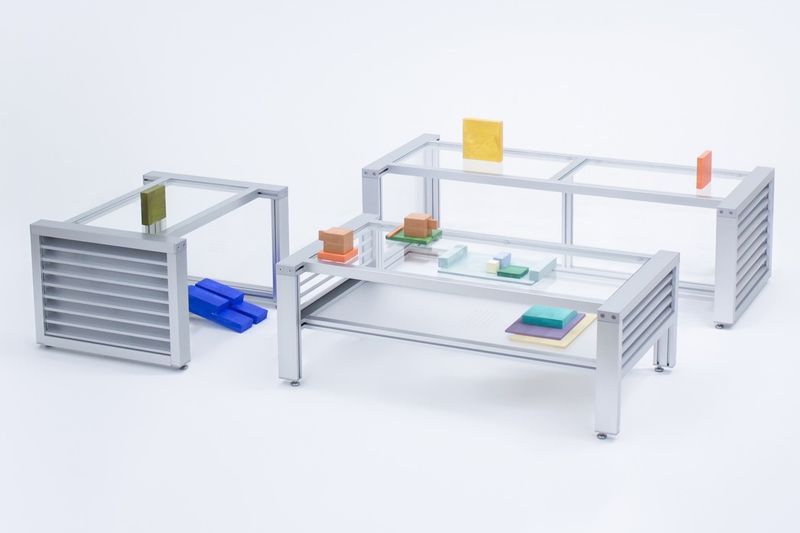 The Louver Series from 1/Plinth Studio Has Hidden Hardware

Featuring hidden hardware that keeps it together rather than welds, the furniture pieces are each crafted using a series of materials that create a distinctly minimalistic aesthetic. This includes the raw aluminum for the frames along with tempered glass or clear acrylic for the surfaces to make them seem airy despite the heavy profile that they boast.

The Louver Series from 1/Plinth Studio is designed specifically by Woojin Park and Donghyun Sohn, who said, "Louver series began with an idea of utilizing existing industrial material with a different perspective, and those were an aluminum louver and an aluminum extrusion frame. We focused on their raw aesthetics, features, and refined their roughness while taking advantage of the industrial medium."
5.1
Score
Popularity
Activity
Freshness
Attend Future Festival