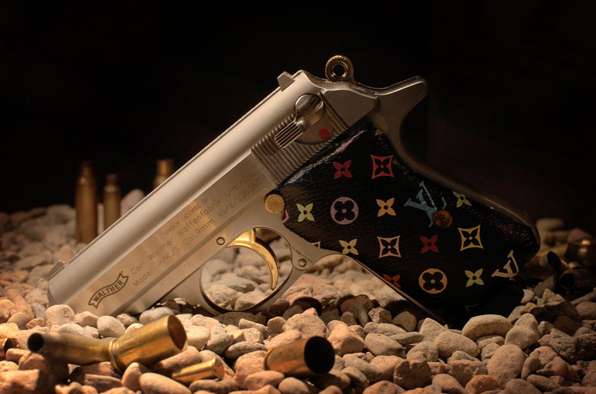 This Louis Vuitton Handgun from Machine Guns Vegas is Luxurious

Created by Machine Guns Vegas, this monogrammed shooter is in no way endorsed by Louis Vuitton, but features the logo quite prominently. Although the legalities of this creation are something to be debated, this shooter is an unexpectedly fashion-forward way to practice your aim, and will perhaps give a new name to handguns and who buys them. Potentially created as more of a publicity stunt, this weapon is certainly making a name for the company that created it, and is stirring up controversy all over the web, especially since it was released only a few days after the movie theatre shooting in Aurora, Colorado.

At the very least, this gun shows that shooting isn't just a men's sport anymore. Though its reception has been mixed so far, this buzz-worthy creation is making a name for Machine Guns Vegas.
2.9
Score
Popularity
Activity
Freshness
Attend Future Festival Virtual