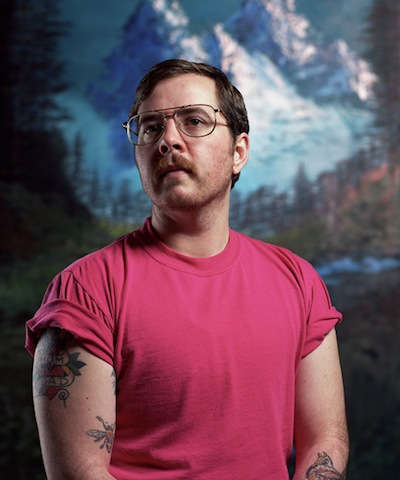 Photography by Lorenzo Triburgo is an Unforgettable Tribute

Sarah St.Jules — July 31, 2013 — Art & Design
References: triburgo & flavorwire
While in the midst of his own transformation, Lorenzo Triburgo wanted to take emotional portraits of fellow trans men that depict their strength.

In a series entitled 'Transportraits,' Triburgo painted a nature-inspired backdrop that he learned from the famous Bob Ross. Triburgo wanted to create a parallel between constructs of both nature and gender, and demonstrate that both are fluid. The portraits feature a dignified trans man, holding his head up high. There is an obvious connection between the subject and the photo, and this allows viewers to feel as though they are privy to this moment of sharing.

Lorenzo Triburgo has been able to evoke an incredible response out of his pictures, and has also been able to leave a lasting memory on all those who view his work.
3.8
Score
Popularity
Activity
Freshness