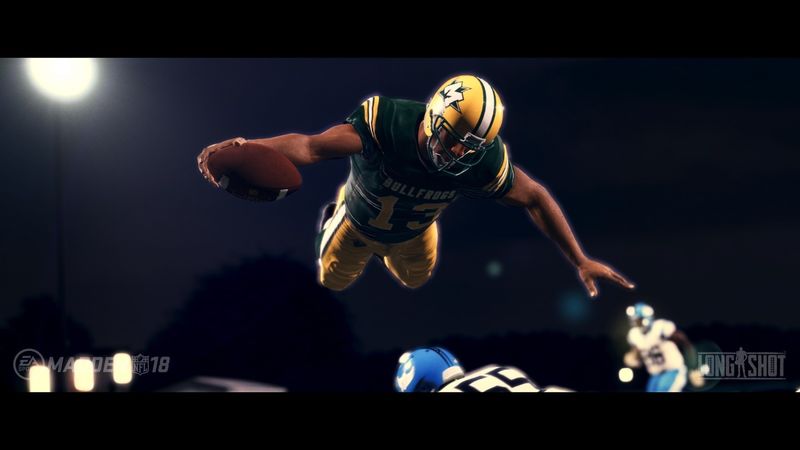 Joey Haar — June 13, 2017 — Tech
References: easports & engadget
Share on Facebook Share on Twitter Share on LinkedIn Share on Pinterest
The life of a professional athlete might seem like the height of luxury from a distance, but not every pro player was a heralded name since the moment they put on a uniform, and Madden 18's new Longshot mode gives gamers an idea of the razor's edge that separates a professional football career from a job coaching the local high school team. The narrative game mode, a supplement to the traditional NFL gameplay in every Madden franchise, lets users take control of a nearly forgotten young football player on his quest to make an NFL roster.

In Longshot mode, users play as Devin Wade, a high school and college football player who pushes one last time to make an NFL roster before giving up for good. Users get to play as Wade throughout every point in his career, from playing pickup with his friends in elementary school to working through the NFL Draft Combine.
0.6
Score
Popularity
Activity
Freshness
View Innovation Webinars