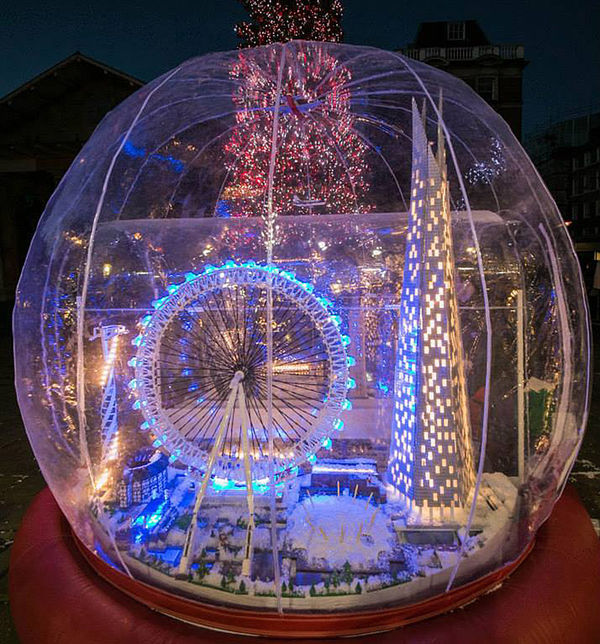 This Year, London’s Covent Garden is Host to a Huge LEGO Snow Globe

For several years now, Duncan Titmarsh, the first LEGO-Certified Professional in the UK has been creating huge LEGO creations to be put on public display for the Christmas season. This year's LEGO sculptures are encapsulated in a 9.8' inflatable snow globe and include representations of iconic landmarks like the London Eye, Big Ben and the Globe Theatre. These pieces can be viewed even closer by walking into the inflatable snow globe.

Titmarsh's incredible LEGO buildings inside the giant snow globe use over 120,000 LEGO blocks and took a team of six people over 75 days to assemble.
4.3
Score
Popularity
Activity
Freshness