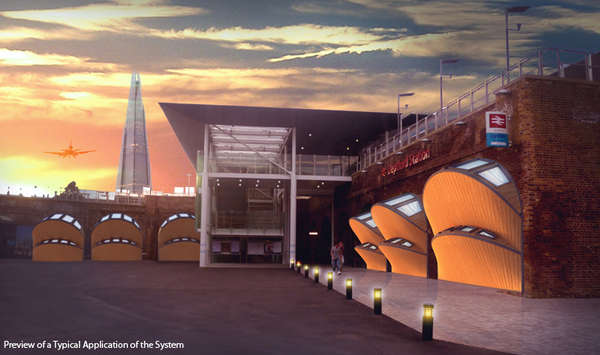 Michael Hines — July 12, 2013 — World
References: csrarchitects & dvice
As cities become more crowded, look for designs such as LOL by CSRArchictects to become more commonplace. LOL is a loft designed to be put into the archways that support London's railways. The basic idea is that a prefabricated loft would be slotted into the archway, making use of previously unused space. The firm notes that archways have been used before to house shops and studios, so putting a home there is not exactly the craziest of ideas.

Living in an archway under a railway may sound crazy, but the concept renderings of LOL by CSRArchictects don't make it look so bad. The angled skylights are a nice touch, but the biggest concern for those living in LOL would be the noise. Here's hoping CSRArchitects have included plenty of sound-deafening materials in its design.
3.4
Score
Popularity
Activity
Freshness

Car Loft
Bring Your Car With You