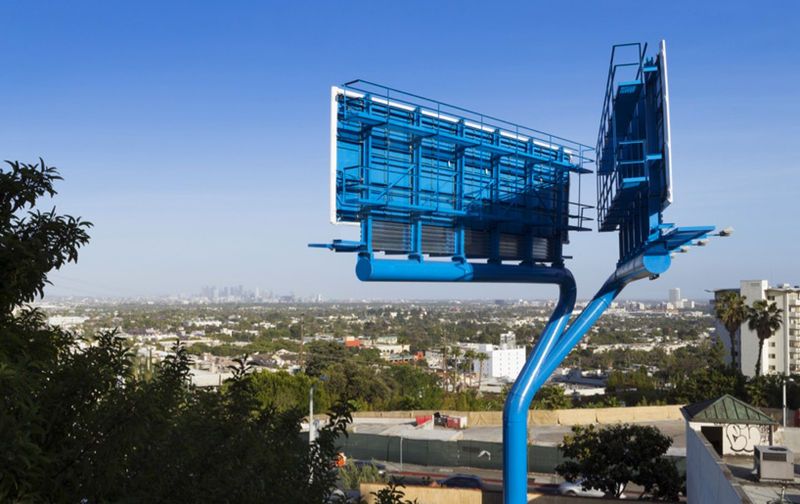 Jamie Danielle Munro — July 21, 2014 — Art & Design
References: loharchitects & designboom
Share on Facebook Share on Twitter Share on LinkedIn Share on Pinterest
LOHA has come up with a new billboard design in LA called the Sunset Billboard 8535. The new look optimizes the space far better than traditional designs, and ensures that people driving by can easily see the ad instead of having to struggle and strain their eyes.

The billboard has a wishbone-like shape, allowing the ads on either side to be positioned in a way that faces the street on an angle. Certain steps were taken to ensure that even the coloring was well thought-out, done in a blue hue that stands out against the surrounding environment. Moreover, the material used is sturdy and will withstand high winds and any other elements to hit this section of LA.