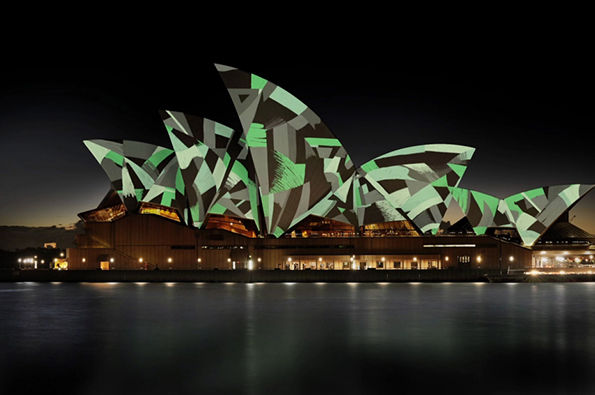 Meghan Young — May 27, 2015 — Tech
References: universaleverything & itsnicethat
Share on Facebook Share on Twitter Share on LinkedIn Share on Pinterest
Universal Everything, a multidisciplinary studio specializing in moving images, has created a living mural for the Sydney Opera House. Projected on its iconic roof, the living mural comes in the form of hand-drawn animations that are bold, bright and reminiscent of '90s graffiti art. This direction brings a sense of playfulness to the historical sight.

Teaming up with 22 of the world's best creatives, Universal Everything gave them each a word to inspire them. From there, they created 30-second long cell animations, using a black background as the canvas. These living murals now light up the city's skyline. Matt Pyke of Universal Everything says, “This visual interaction within the architecture suggests both activity of the interior, and the physicality of the exterior. Some chapters are a riot of colour, reaching every corner; some are quieter, subtler explorations, evolving organically.”
4.7
Score
Popularity
Activity
Freshness
Get Trend Hunter Dashboard