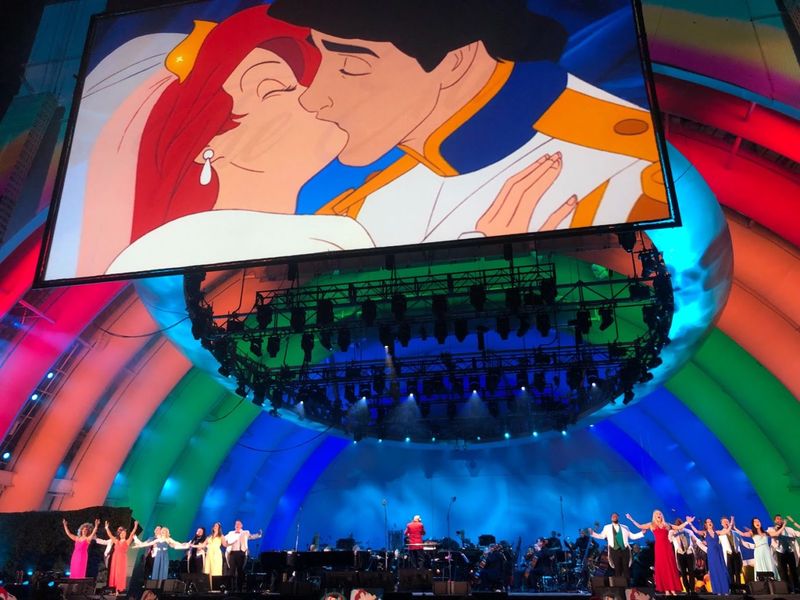 The performance gave a stage to stars like Lea Michele from Glee who played Ariel, Peter Gallagher from The O.C., Harvey Fierstein from Mrs. Doubtfire and more. The actors were accompanied live by a full orchestra. Aside from the main act, individuals were also able to enjoy "a quirky old-time-Hollywood introduction" and a score by Emily Bear -- "a seventeen-year-old sensation."

In addition, the live-to-film concert featured a tongue-in-cheek intermission where the organizers had compiled "hilarious Under-the-Sea-themed pun trailers for other Disney movies."
5.1
Score
Popularity
Activity
Freshness