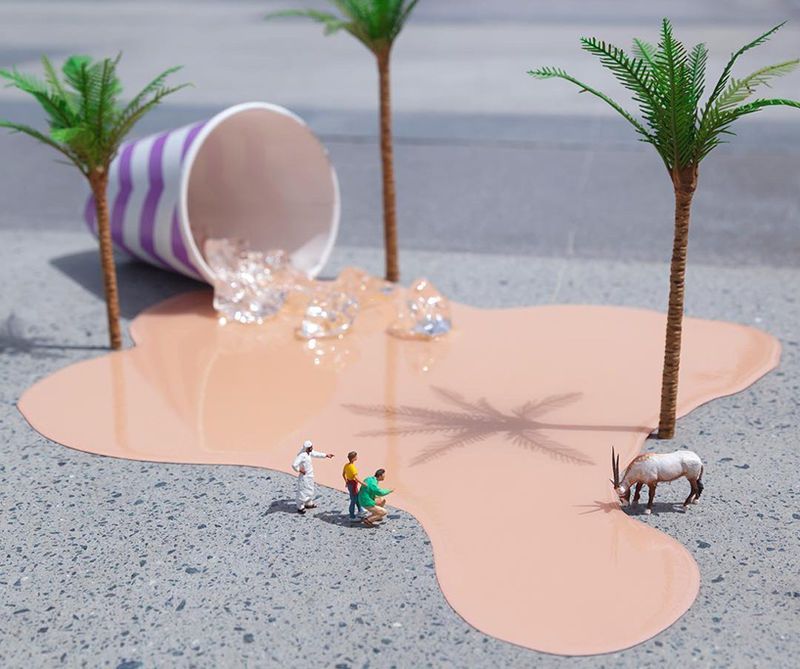 Riley von Niessen — July 19, 2016 — Art & Design
References: slinkachu & designboom
Share on Facebook Share on Twitter Share on LinkedIn Share on Pinterest
Slinkachu is a London-based artist whose 'Little People' project has been ongoing since 2006. His street art is different from other urban creatives in that he stages miniature renditions of various human states, with his latest series based around a desert theme that revolves around a sense of internal loneliness.

He takes photos of each scene he creates, which range from a man groaning at the sign of his sports car covered in bird excrement, another leading tourists on a camel tour over a pile of sand and a group looking out at wildlife drinking from a muddy pond. For the Little People project, Slinkachu incorporates various images of each scene, showing how insignificant something might seem when placed in an urban environment while also infusing each with a sense of humor.

The artist explains this by saying "the photography aims to reflect the loneliness and melancholy of living in a big city, almost being lost and overwhelmed, but underneath this, there is always some humor. I want people to be able to empathize with the tiny people in my works."