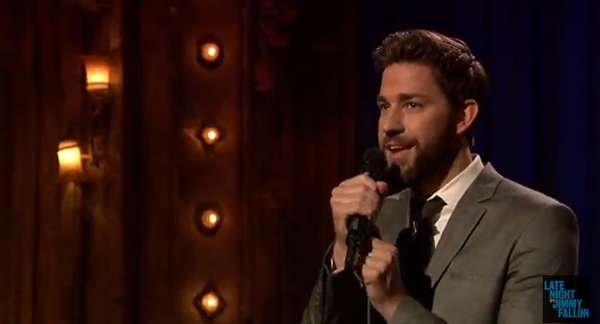 Jennifer Gosnell — May 12, 2013 — Pop Culture
References: mashable
John Krasinski's latest appearance on Late Night with Jimmy Fallon debuted a rugged new look and Fallon's lip sync-off with John Krasinski as part of an epic turn of events. The Office star, having recently wrapped the mega-hit series stopped by and mouthed off to some tunes.

Among the featured songs were Katy Perry's Teenage Dream, Boys to Men's Make Love to You and the classic Somewhere Over the Rainbow among others. The hilarious duo broke out some of their moves, unbuttoned and really put on a show for viewers in hopes of defeating one another to be the ultimate lip-syncer.

I, for one, am glad to see that Krasinski is just as hilarious off-screen from his Office personality Jim Halpert.
0.4
Score
Popularity
Activity
Freshness