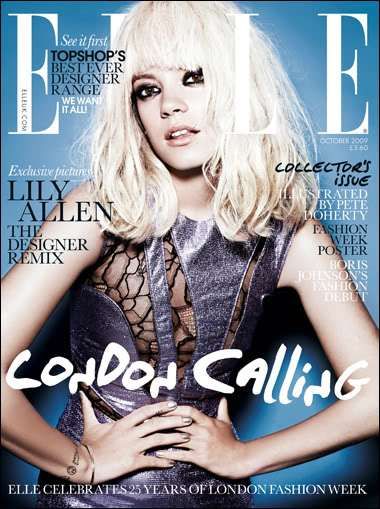 As Lily Allen’s platinum new ‘do is somewhat atypical—she usually has a dark mop on her head, similar to that in the Elle editorial—she might be trying to finish what the English model and fashion icon began. That would be seriously jacking up peroxide sales.