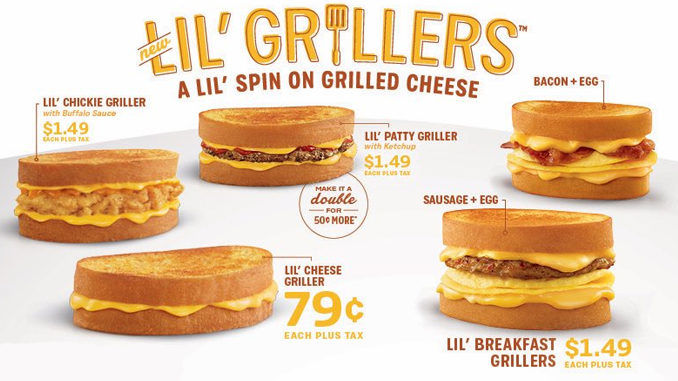 Katherine Pendrill — December 27, 2016 — Lifestyle
References: businesswire & chewboom
Share on Facebook Share on Twitter Share on LinkedIn Share on Pinterest
In response to the growing demand for snack-sized dishes, Sonic has debuted a lineup of grilled cheese sandwiches called 'Lil' Grillers,' which have been shrunken into mini meals. Similar to sliders, the new sandwiches are meant to be enjoyed between meals or as a lighter alternative to a full-sized entrée.

The Lil’ Grillers menu consists of several savory sandwiches that serve as Sonic's take on the iconic grilled cheese. There are five varieties to choose from, including two breakfast options. The breakfast-centric grilled cheeses include the Lil’ Bacon and Egg Griller and the Lil’ Sausage and Egg Griller, while the regular sandwiches include the Lil’ Cheese Griller, the Lil’ Chickie Griller and the Lil’ Patty Griller. All of the mini sandwiches are served on two tiny slices of Sourdough toast, topped with melted American cheese and other toppings.